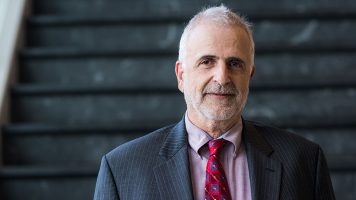 Deadlock by any other name still grounds for dissolving an LLC, Biz Court rules

By: David Donovan November 14, 2014
Republished in its entirety from NC Lawyers Weekly

An Asheville law firm may have to cough up $85,000 in fees after it signed on to represent a limited liability corporation when only one of the LLC’s two co-owners agreed to the representation. The North Carolina Business Court disqualified the firm in an Oct. 31 ruling and appointed a receiver to manage the LLC’s business operations. The court also ruled on a new provision in the state’s LLC Act, and found that still allows courts to dissolve LLCs if the managers are deadlocked.

Chad Battles and James Rogers are equal owners of Bywater—a North Carolina-based LLC that operates a tavern for music and entertainment near downtown Asheville—and of another LLC that owns the land on which their tavern sits. They operated the businesses amicably until Rogers was involved in a car accident in 2013 and thereafter, according to Battles, began to neglect his responsibilities at Bywater and gradually withdrew his participation in the management of the business.

Saying he wanted to preserve Bywater’s assets, Battles moved Bywater’s bank account to another bank and told Rogers he would be added to the new account only if he agreed to sign a formal agreement detailing the two owners’ respective management responsibilities. Rogers retained the Asheville Law Group to represent him personally in his battle with Battles, and when Battles declined to unfreeze all the money and filed a complaint seeking to dissolve the companies, Rogers terminated ALG as his personal counsel and retained the firm to represent the LLCs in that lawsuit.

Battles moved to disqualify ALG as the LLCs’ counsel, arguing that Rogers, as a 50 percent member of the LLCs, lacked the authority to hire ALG to represent them. Rogers’ side in turn argued that provisions in the state’s LLC Act allow a single manager to bind the company unless his actions are overridden by a majority of managers, and when no majority acts to revoke an act taken by a single manager, the manager’s decision for the LLC stands.

Judge Louis Bledsoe agreed with Battles and disqualified ALG and struck all filings entered by the firm. Bledsoe found that concluding differently “would leave open the possibility of two equal LLC members each designating competing counsel to represent the same LLC in the same legal action.” He also found that the $85,000 in legal fees racked up by the LLCs so far created an actual conflict of interest between Battles and the companies.

Greg Johnson and Joe Ferikes of Ferikes & Bleynat in Asheville represented Battles. The lawyers said it remains to be determined whether ALG would have to return any portion of those fees. Johnson said he was not aware of any previous North Carolina decisions dealing with this particular set of facts that ruled on whether a law firm had to disgorge its fees.

“Our interpretation is that those were not appropriate payments made from the LLC and that the other side knew very well that those were not appropriate payments because of the fact they were not properly retained as attorneys for the defendants, so I think those funds are still subject to be retrieved by the recover,” Ferikes said. “This is a decision that’s going to be made by the receiver.”

Attorneys for Asheville Law Group, Mike Wimer and Jake Snider, could not be reached in time to comment for this story.

Ask and ye shall receive

Bledsoe also granted Battles’ motions to appoint a receiver to manage the LLC’s business operations pending the court’s decision on whether to dissolve them. Rogers’ attorneys argued that the request for a receiver was improper because recent amendments to the LLC Act, effective at the beginning of this year, have removed management deadlock as a valid basis for dissolution.

However, Bledsoe noted that while the word “deadlock” was taken out of the new LLC Act, the new act adds language allowing for dissolution when “it is not practicable” to continue the LLC’s operations. Bledsoe said that this language “would appear to embrace, not remove, management deadlock as a valid grounds for dissolution.” He noted that other state courts have interpreted identical language in the same way.

The ruling leaves open an obvious question about who should represent an LLC in court in case—like this one—where two co-owners can’t agree on anything, much less a decision about whom to retain as counsel. Johnson and Ferikes argued that the appropriate remedy in such a case would be to ask the court to appoint an attorney to represent the LLC.

“If you can’t reach an agreement, you simply ask the court to appoint counsel, rather than interject your own attorneys into the case in a very militant fashion to essentially drain the company of its resources to force a settlement,” Johnson said.

The 23-page decision is Battles v. Bywater, LLC (Lawyers Weekly No. 14-15-1020). The full text of the opinion is available online at nclawyersweekly.com.
Follow David Donovan on Twitter @NCLWDonovan